An Ohio Senate committee is set to accept a proposal Tuesday that would give municipalities unprecedented control over wind and solar siting decisions.

The latest version of Senate Bill 52 would prevent wind or solar companies from running to build projects unless municipalities first establish an “energy development district.” As few as 50 people in the smaller municipalities could force a referendum on the districts, and local boards could veto projects even after they have been approved by the Ohio Power Siting Board.

Fossil fuel, nuclear and other energy projects would not be affected by the legislation, which has a supplemental version in the state House.

Clean energy advocates, who were already alarmed by the bill before the most recent changes, say the uncertainty and additional requirements would create a de facto ban on utility-scale wind and solar power in most part of the state.

“There is simply no reason I would invest in Ohio if this bill passes,” said Jane Harf, CEO of Green Energy Ohio.

The legislation, which would also expand rollbacks in property lines for wind and solar projects, has received multiple hearings in both houses. Ohio’s wind setbacks are already among the strictest in the country.

Under the proposals, developers will not be able to apply to the Ohio Power Location Board until after a municipality has created a special district in which it will allow wind and solar projects.

After that, 8% of voters could force a referendum on the decision, creating more uncertainty and months of additional delay.

“It’s essentially a popularity contest,” said Rebecca Campbell, market development manager for Ohio-based First Solar. “There is no other state in the country that allows renewable energy to stop through that process.”

A municipality board of trustees could decide that any particular project is not in the public interest at any time before the state has issued a final certificate. The local municipality’s finding would be binding on the Ohio Power Location Board.

“So that trustees can effectively complete a project at any time until a certificate is issued,” said Jason Rafeld, executive director of the Columbus-based Utility Scale Solar Energy Coalition.

Along the way, companies will have spent millions of dollars, Campbell said. The substitute invoice language could be applied to projects that have already spent large amounts to submit pending applications. The provisions could also be activated if certain changes were necessary during construction, he said.

SB 52 co-sponsor Sen. Rob McColley, a Napoleon Republican who chairs the Energy and Utilities Committee, stated that the Ohio Power Location Board should fully relinquish to city trustees on the public interest requirement. of the law. In support, he cited comments from OPSB President Jenifer French’s confirmation hearing that the board lacks guidance.

Rafeld, a former Ohio Public Utilities Commission chief of staff who is also very familiar with the activities of the placement board, disagreed: “The OPSB staff are especially well trained. They are very workers. They’re checking everything. “Few similar regulatory bodies in the country” have that caliber of staff, “he said.

The voting members of the Ohio Power Siting Board are also experts, appointed by the governor and confirmed by the Ohio Senate, Campbell said. However, McColley’s comment suggests they “don’t have the means to decide whether these projects belong to Ohio,” he said. “If I were the OPSB, I would be insulted by that.” 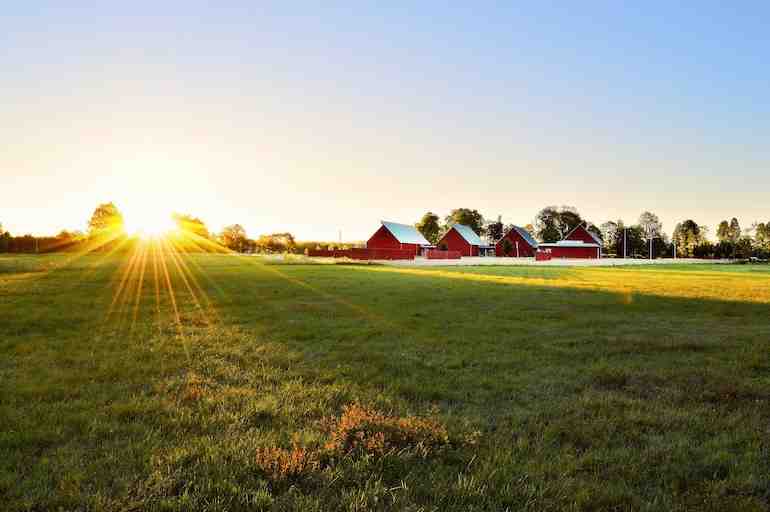 “It really looks like this bill is specifically designed to harm our industry,” Campbell said.

The attempt to empower municipalities to block wind and solar projects comes as lawmakers simultaneously debate whether to strip cities of authority to pass policies aimed at reducing the use of fossil fuels. Not only cannot local governments ban natural gas activity, but efforts to regulate it through zoning have been reversed. And the pending SB 201 Substitute would prevent local governments from limiting the use of natural gas and propane, a measure intended to block local resolutions to move to 100% clean energy.

“These bills distinguish renewables from all other forms of power generation in Ohio, subjecting wind and solar power to additional processes and local control,” said Miranda Leppla, vice president of energy policy for the Environmental Council’s Action Fund. of Ohio, of the municipal legislation.

Critics say the proposal, if passed, threatens to undermine clean energy job growth in the state as a time when the federal government is preparing to invest heavily in the sector.

First Solar employs approximately 1,500 people at its two plants in northwest Ohio, more than the total number of direct jobs at both FirstEnergy Solutions plants that receive subsidies under HB 6 tainted by the state scandal.

An Ohio University report released last fall found that the growth of the state’s solar power industry could create between 18,000 and 54,000 jobs during project construction over the course of several decades. That is independent of any additional work that may come from new wind projects.

“The Biden administration is moving quickly to combat climate impacts by expanding renewable energy,” Leppla said, “and if the Ohio legislature passes one of these bills, Ohio is likely to be rejected for federal dollars. clean energy that could put Ohioans to work and make sure Ohio is in a position to fight the worst impacts of climate change. “

The sponsors and co-sponsors of both bills are exclusively Republicans, who control both houses of the state legislature, although not all Republicans support the proposals. Representative Laura Lanese, a Grove City Republican, criticized the earlier version as a threat to the state’s business environment.

Another conservative, former gubernatorial candidate Travis Irvine, testified against the bill last week on behalf of the Ohio Libertarian Party.

“Passage of SB 52 would potentially send businesses that are investing in facilities, and all the jobs and economic development dollars that go with them, to neighboring states,” Irvine said. “And while I know some state legislators were fine sending Ohio taxpayer money to Indiana with HB 6, I would dare say this situation is different and we don’t want these potential businesses and jobs to go elsewhere, leaving Ohio. behind”.

The Ohio Senate will hold its fifth hearing on the bill at 4 p.m. Tuesday. The notice refers to the possibility of further modifications. Industry sources hope the committee can present the bill for a full Senate vote within the next week or two.