Today, there is no cheaper way to generate electricity than in the sun. Power plants are currently being built in sunny locations, supplying solar energy for less than two cents per kilowatt-hour. The crystalline silicon-based solar cells available on the market allow this with an efficiency of up to 23 percent. As a result, they have a global market share of about 95 percent. With even higher efficiencies, above 26 percent, costs could fall further. An international team led by photovoltaic researchers at the Forschungszentrum Jülich now intends to achieve this goal with nanostructured, transparent materials for the front of solar cells and with complex designs. Researchers report on the success of their multi-year research in the prestigious scientific journal Nature Energy.

Silicon solar cells have been continuously improved in recent decades and have already reached a very high level of development. However, the interfering effect of recombination occurs after the absorption of sunlight and the photovoltaic formation of electric charge carriers. In this process, the already created negative and positive charge carriers combine and cancel each other out before they can be used to flow solar electricity. Against this effect you can get special materials with a special property – passivation.

“Our nanostructured layers offer just the desired passivation,” says Malte Köhler, a former doctoral student and the first author of the Jülich Institute for Energy and Climate Research (IEK-5) to receive a doctorate since then. In addition, the ultra-thin layers are transparent – so that the presence of light is almost not reduced – and have a high electrical conductivity.

“No other approach has so far combined these three qualities – passivity, transparency, conductivity – as well as our new design,” says Dr. Kaining Ding, head of Jülich’s team. The first prototype of the Jülich TPC solar cell achieved high efficiency in the laboratory, 23.99 percent (+ – 0.29 percent). This value was also confirmed by the independent CalTeC laboratory of the Hamelin Institute for Solar Energy Research (ISFH). This means that the Jülich TPC solar cell is still slightly lower than the best crystalline silicon cells produced in laboratories so far. However, simulations performed in parallel have shown that TPC technology can exceed 26 percent efficiency.

“In addition, we have only used processes in production that can be integrated relatively quickly into series production,” Ding emphasizes the advantages over other research methods. With this strategy, Jülich researchers are paving the way from their laboratory to large-scale industrial solar cell production without undue effort.

To achieve success, researchers from IEK 5 and the Jülich Ernst Ruska Electron Microscopy Center worked closely with several institutes in the Netherlands, China, Russia and Ecuador. Partners include researchers from RWTH University of Aachen, University of Duisburg-Essen, Technical Universities of Delft and Eindhoven, University of San Francisco de Quito, University of Novosibirsk and Kutateladze Institute of Thermophysics, and Guangzhou Sun Yat-Sen University. As a next step, the Kaining Ding research team plans to further optimize the power optimization of its TPC solar panels. “We expect solar cell manufacturers to show great interest in our technology,” says Ding. & # XD;

Disclaimer: AAAS and EurekAlert! is not responsible for the accuracy of news posted to EurekAlert! contributing institutions or for the use of any information through the EurekAlert system.

Can solar panels be transparent? 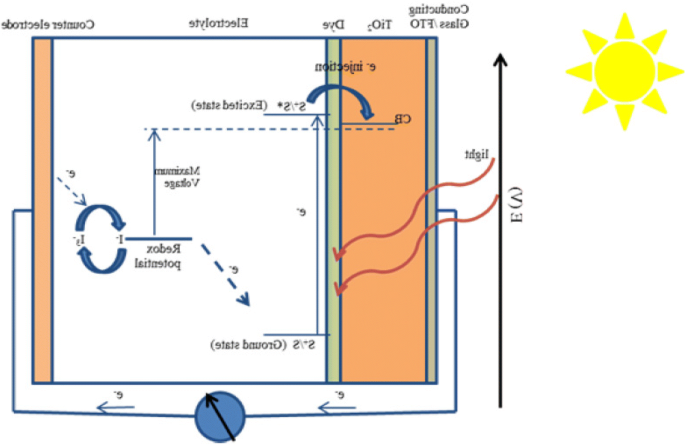 Why solar panels are black?

Due to the way light interacts with the monocrystalline silicon layer, monocrystalline solar panels appear black. The process of aligning one crystal of silicon, called the Czochralski process, is energy intensive and causes silicon wastage.

How much do transparent solar panels cost?

What is a solar glass?

A sunglass is an oxide-coated glass that allows sunlight to pass through it, reflecting and radiating high heat. … This makes the interior of your home or office much cooler than ordinary glass without compromising the entry of natural light.

Double glazing has a U-value of less than one, which means that the energy efficiency of the building is not compromised. However, their production is expensive and transparency is limited. They cost about twice as much as commercial quality glass.

Is the Tesla solar roof worth it?

If you look at economics, Tesla roof tiles offer similar costs and savings as a conventional roof panel solar panel system. However, if your existing roof does not need to be replaced, it is better to just get a traditional solar panel on the roof.

How effective is solar film?

The film works through the toughest sunlight filtration, with the most effective films reducing glare by up to 79%. This advantage is achieved without sacrificing excessive levels of natural light or blocking the view from the inside.